Norwich was the second city in the country to have a children’s hospital (the first was London’s Great Ormond Street Hospital for Children which opened in 1852).

The Norwich Infirmary for Sick Children admitted its first inpatients just two years later on 3 April 1854 thanks to the generosity of Swedish opera singer Jenny Lind.

Lind, nicknamed the “Swedish Nightingale”, was one of the most popular entertainers in mid-19th century Europe – you may have seen character feature recently in the hit film The Greatest Showman starring Hugh Jackman.

In 1847, she gave her first concerts in Norwich and they proved so popular that a third concert was arranged. The money raised from the Jenny Lind concerts were earmarked for a children’s hospital. A public meeting in 1853 unanimously endorsed the idea and in 1854 the hospital opened in Pottergate, Norwich.

In recent years, money raised for the Jenny Lind Children’s Hospital has helped fund the children’s playground, virtual reality TV and games, a sensory room and many more items.

2 posts
No posts yet
Close

Jenny Lind Children's Hospital has received a donation, donate to this cause to help reach the fundraising target!

Jenny Lind Children's Hospital has launched a fundraising campaign, show your support with a donation!

Uh-oh... looks like your session has expired. Please refresh the page.

Why not start your own fundraiser? It's so easy to get involved... 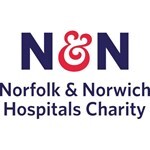 The Norfolk and Norwich University Hospitals NHS Foundation Trust carries out nearly one million outpatient appointments, day case procedures and inpatient admissions annually. The population served by the Trust is predominantly the people of Norfolk and North Suffolk, although some patients are referred from further afield especially to access specialist ... Read More

Charity profile
Jenny Lind Children's Hospital
Norwich was the second city in the country to have a children’s hospital (the first was London’s Great Ormond Street Hospital for Children which opened in 1852). The Norwich Infirmary for Sick Childre

You are about to remove the message and all replies. Do you want to proceed?